A fifth-generation farmer, who built a successful golf club from scratch, has accepted the role of vice-president of the British & International Golf Greenkeepers Association (BIGGA).

Colin Webber, 59, established Portmore Golf Park in 1993 and has developed the venue into a vibrant 27-hole facility which, due to his commitment to sustainable greenkeeping, won environmental golf course of the year in 2010.

BIGGA recently revealed that Colin had accepted the nomination to become BIGGA vice-president from January 2019, leading to becoming president of the association from January 2020.

“It’s a huge honour and I keep thinking ‘are you sure you have got the right person?’” said Colin. “I am flattered that BIGGA would consider me for such an important national role. It is huge and I have never been asked to do anything like this. I’m not someone who likes to stand in the limelight.

“I had a phone call from [BIGGA CEO] Jim Croxton saying I had been nominated for the role. Jim didn’t know it, but this was a few weeks after my dad, Frank, had died. It was very emotional time and the one person I wanted to tell was my dad.”

Colin and his family established Portmore Golf Park from a 12-bay driving range after various pressures put his family farming business in jeopardy. Over the following years came another 12 bays, a par-3 nine-hole Hawtree-designed course, and then finally a further 18 holes that set Portmore up as a 27-hole venue.

As vice-president, Colin will support West Derby head greenkeeper Chris Sheehan, who will become BIGGA president for a one-year term during BTME 2019, to be held in Harrogate next January. 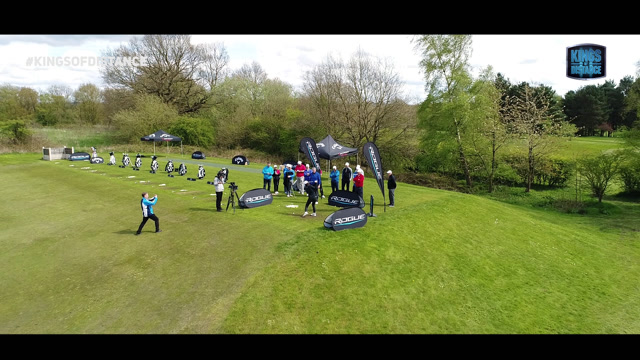