Machrihanish Golf Club remains confident that it can meet its target of opening a new £1.8million clubhouse by the end of the year, despite the set-back caused by the global pandemic.

The club, founded in 1876, was devastated in December 2018 after an inferno razed its previous clubhouse to the ground. However, the future is looking bright, with construction on a new, modern-looking property set to be completed by November 30 this year.

“Like any other project that was undertaken during lockdown, the scenario has put us back about nine or ten weeks but the building company, McKinven & Colville Ltd, has been excellent and we will be back into the full swing of things soon enough,” committee member and former captain John McKinlay told UK Club Golfer.

“We are hopeful of a grand opening later this year if we meet the completion date of November 30. To be perfectly honest, although it’s not a situation I would wish upon anybody, it has forced the club’s hand and allowed us to build something that’s a bit more fit for purpose and becoming of the beautiful course we have.”

The new building will have an indoor golf simulator as well as an upstairs function room and restaurant that will allow the club to cater for events such as weddings. It will also feature ladies’ changing facilities in the main building for the first time in the club’s history.

Despite the horrific set-back that the club suffered after losing its clubhouse overnight, McKinlay believes that community spirit has seen the club through.

“We are seeing the clubhouse take major shape now and I think that has been a big boost to people at the club who have been without a clubhouse for over a year now. Our offices and temporary clubhouse have effectively been portacabins, so to see something new and modern up and near completion is great. The club has coped very well throughout the whole scenario. It’s one of these things where you just learn to cope and use the togetherness as a club because you’ve got no real choice in the matter.”

As well as having to contend with no clubhouse and the financial implications that has caused, COVID-19 couldn’t have come at a worse time for Machrihanish – but McKinlay is determined to remain upbeat.

“Last year, we took in over £220,000 in visitor fees, a lot of that coming from overseas which we won’t be getting this year. It’s just another hurdle we have to overcome together which we have become used to doing.” 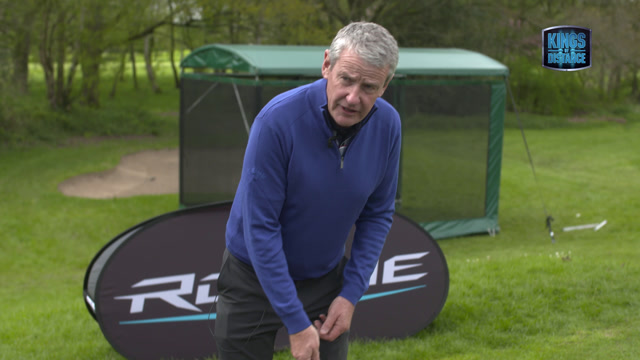