Bryson DeChambeau’s long-time swing coach has said that the US Open champion doesn’t deserve to be criticised for unorthodox approach to the game, insisting nobody would question it if it was Tiger Woods.

DeChambeau, 27, has raised eyebrows for the unusual approach he has taken in order to become one of the world’s top golfers.

The American has completely transformed his physique and his diet in a bid to hit the ball further. It has worked, too. Not only did he climb 32 places to top the PGA Tour’s driving distance charts in 2019/20 – improving his driving average by 20 yards in the process – he also picked up his first major championship in the US Open at Winged Foot.

The beefier look is the latest innovation by DeChambeau, who, in just five years as a pro, has attempted to gain a competitive advantage over the field through the use of single-length clubs, side-saddle putting, spritzing his range balls with water to simulate dew, and using a protractor to read greens more accurately.

That, in turn, has drawn criticism from various commentators and onlookers, who have openly questioned whether or not there is method or just plain madness to DeChambeau’s idiosyncrasies.

Speaking in the latest edition of bunkered, issue 184, the eight-time PGA Tour winner’s coach Mike Schy said that he had always known his star pupil’s ways would raise eyebrows but he believes Bryson is being treated unfairly.

“Before he turned pro, he asked me where I thought his career was all going to lead,” said Schy, who has worked with DeChambeau since he was 12. “I said that, for him, there would always be a problem. You could win six or seven tour events, maybe even win a major or be No.1 in the world, but people are still going to look at what you do as an anomaly.

• "Shut it!" - Casey snaps at fan during Match Play

“They’re going to look at your swing, the clubs, the grips and that stupid hat that you wear, and notice that you’re a little different because of how you approach the game. People are going to look at those things and not like it.

“I warned him there will be naysayers. It shouldn’t be that way because, if it was Tiger, the whole world of golf would change in a second. It’s just not going to be that way for Bryson. There are too many elements that are so out of the norm that it’s going to take a long time for people to get used to it. Lo and behold, look at where we are. He recently asked me why there wasn’t a mile-long queue of people wanting to be coached by me. I told him that it is because they still think we are crazy.”

🥁 DRUMROLL PLEASE... 🥁Making his debut on the cover of Scotland's only golf magazine, it's...@b_dechambeauWe go deep into the American's transformation in issue 184, out later this week. Subscribe here: https://t.co/0MflxCrgYmpic.twitter.com/kNCukrEeqN

Schy added that DeChambeau’s pursuit of perfection has put a strain on their relationship at various times but described the world No.5 as “like family to me”.

“My phone is always available, and he will call at weird hours and I still usually pick up,” he said. “There’s an honesty there. I’m not scared to tell him what I think and that’s the same for him. As you see, we could end up out on the range for six hours after he has played on the Saturday of a tournament. There have been a few times where we have almost come to blows but that’s just the way it is, and it shows that he wants it so badly.”

Read the full interview with Mike Schy – part of our 18-page “Building Bryson” special – in issue 184 of bunkered, available from all good Scottish newsagents later this week.

Not able to find a copy? Take out a subscription. Click here for our latest great offer. International subscriptions also available. 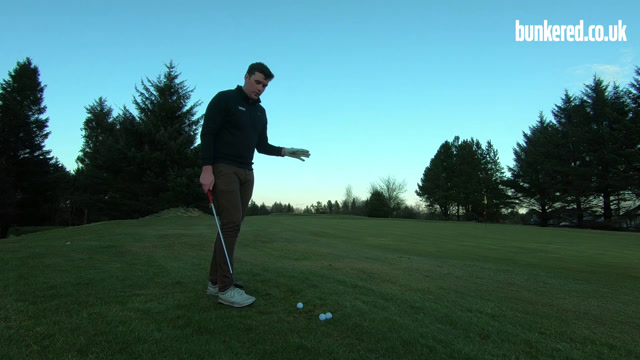