David Law has told bunkered.co.uk how some friendly advice from Paul Lawrie has helped him to turn one of his biggest weaknesses into a strength.

Law, 29, defends a title on the European Tour for the first time this week, when he attempts to make it back-to-back wins in the ISPS Handa Vic Open in Australia.

The Scot staged a dramatic late salvo to lift the trophy last year in what was just his fifth event as a full member of the tour following his graduation from the Challenge Tour a few months earlier.

It proved to be the undoubted highlight of a somewhat up-and-down debut season in which he made only 13 cuts from 27 events and finished 92nd on the Race to Dubai.

However, he’s confident that a return to Oz for his title defence can coincide with a return to top form, particularly with the words of mentor Lawrie still ringing fresh.

“Paul thought I needed to work a bit harder on my short game,” said Law. “I’ve never been guilty of being lazy but he thought I needed to apply myself a bit harder and commit more time to working on that part of my game. I’m really lucky that I’m able to turn to a guy like Paul he’s always been really honest with me, so when he offers you a bit of advice, you listen.

“I’ve never been a particularly great chipper. When I’ve played well, it has tended to be because I’ve done well from tee to green. So, I’ve made a conscious effort to work harder on my short game and I’m already seeing that starting to pay off.”

There’s no disputing that. Law has made the cut in four of his six starts on the tour this season.

“The next step is to find a good level of consistency,” he told bunkered.co.uk. “Hopefully, this week, returning to courses where I’ve had success and feel comfortable, can be a bit of a springboard towards achieving that.”

Law arrived in Australia a few days earlier than intended after missing the cut in Saudi Arabia on Friday night. That, though, may prove to be a blessing in disguise given the unique circumstances of this week.

“It’s really nice to be back here,” he said. “There’s a good buzz about the place and, obviously, I’ve got great memories from last year.

“It’s very different to anything I’ve experienced before so I’m just trying to embrace it all. I mean, how many chances are you going to get to defend a title? Three? Four? So, yeah, it’s a bit surreal but these are the weeks you play for.”

• If the Ryder Cup was played today...

The Aberdonian also says that he will be doing things a little differently this year and will try not to get ‘too sucked in’ by all of the trapping of being on the main tour.

“I won’t prepare for tournaments the way I did last year,” he added. “You go from event to event and you’ve got all of these amazing facilities and it’s easy to get distracted by it all and maybe play a little too much or hit too many balls. You think that you’re doing the right things but, after a while, it stops being beneficial. You need to find a balance. It’s not easy but it’s something I’m working on.”

The Vic Open is the fifth of five consecutive weeks on the road for Law and, with a new wife and 14-month daughter, he admits he’s looking forward to getting home to Scotland for a much-needed break.

• What does Lowry think will become a "fifth major"?

“It definitely gets tougher being away from home, especially with Penelope being the age she is now,” he said. “We had a great festive period, during which Tasha and I got married but, obviously, the nature of the job means that you don’t spend as much time at home as you’d like.

“Facetime is great and I speak to the girls every day but it’s not the same. It only gets harder but you definitely appreciate the time you do have together.”

Law gets his title defence underway at 7.50am (local time) on Thursday alongside Australian duo Ryan Fox and Wade Orsmby. 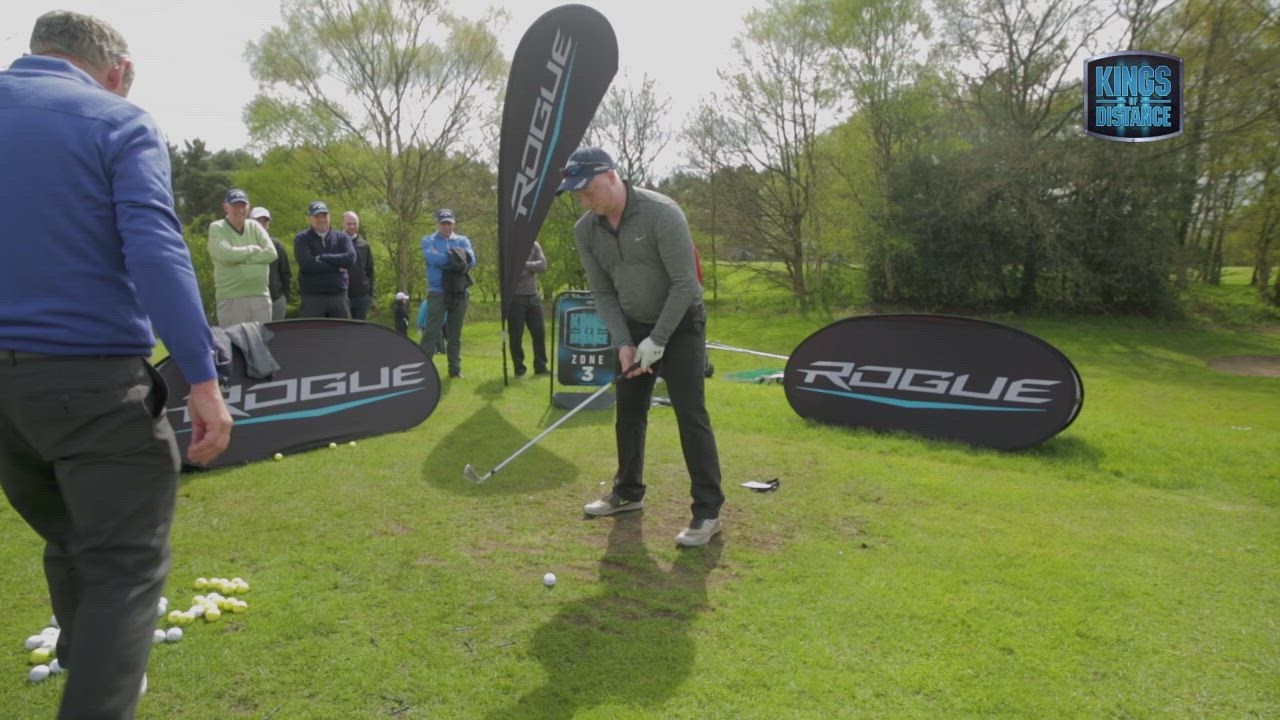 Release the clubhead at impact