Seve Ballesteros was only 51-years-old when he was admitted to hospital after taking ill at Madrid Airport.

Some initial reports claimed that he had fainted. Others, that he had suffered a seizure.

Whatever had happened, something was clearly, worryingly wrong.

The five-time major champion and former world No.1 had a brain tumour.

With trademark defiance, he vowed to fight the disease with every ounce and fibre.

“Throughout my career I have been among the best at overcoming challenges on the golf course,” he said. “Now I want to be the best confronting the hardest challenge of my life, with all my strength.”

It was typical of the man. Challenges were to be overcome, not feared.

Within days of the disagnosis, he underwent a 12-hour operation to remove a large part of the tumour. A biopsy confirmed it to be cancerous. Before October was out, and with his health deteriorating, Seve underwent further surgery, this time a six-and-a-half hour procedure to remove as much of the remainder of the tumour as possible.

The next several weeks were spent in intensive care before he was finally discharged from hospital on December 9, 2008. He returned home to the north of Spain where he began chemotherapy. It was the first of four rounds of treatment he would have before the end of April 2009.

For many months thereafter, Seve’s condition appeared to improve. He made his first public appearance since his diagnosis in June 2009, where he called it a “miracle” to be alive. If ever a man knew a thing or two about miracles, it was Seve.

But it was all too brief.

On May 6, 2011, the golf world was shaken when Seve's family announced that his neurological condition had "suffered a severe deterioration".

Only a matter of hours later, at 2.10am on May 7, 2011, and aged just 54, Severiano Ballesteros died. He was at home in his beloved Pedreña and surrounded by his family as he peacefully slipped away.

Tragically, Seve’s story will be familiar to all too many families.

In the next hour, 12 people around the world will be diagnosed with a malignant brain tumour.

In the UK alone, 16,000 people are diagnosed with the disease every year. Only 20% will live beyond the next five years. That's as compared with a 50% average for all forms of cancer.

Brain tumours are also the chief cause of cancer deaths in children and young people, and continue to kill more people under the age of 40 than any other cancer.

Worst of all, the total number of diagnoses and deaths are rising.

It is a truly dreadful, devastating disease, which targets without discrimination. And yet even as it was winning its battle with Seve, the five-time major champion was plotting to win the war.

In 2009, he established the Seve Ballesteros Foundation with two simple objectives. The first was to provide more young people with the opportunity to play golf, using it as a vehicle for social development. Seve believed passionately in the sport’s capacity to instil the core values that he lived by: humility, effort, perseverance and resilient spirit, as well as determination, integrity, tolerance and respect.

The second objective was to contribute to scientific research into brain cancer in order to benefit those suffering from the disease. In the UK, the foundation has worked closely with Cancer Research on a variety of projects, whilst in Spain it funds a dedicated brain tumour research lab that operates out of the Spanish National Cancer Research Centre (CNIO) in Madrid.

Since its formation in 2012, Dr Massimo Squatrito has led the Seve-Ballesteros Foundation Brain Tumour Group. Researching brain cancer has become the 45-year-old Italian’s life work. Day in and day out, he and his small team study how brain tumours develop and, crucially, how they respond to therapy. The more they know, the more they can do.

That’s why Dr Squatrito is indebted to the Seve Ballesteros Foundation. Since the lab opened eight-and-a-half years ago, the foundation has donated almost €1million to fund the research it has undertaken.

• 11 things you never knew about Seve

“Quite simply, if it is was not for the Seve Ballesteros Foundation, I would not be working here,” he tells bunkered.co.uk.

In 2011, Dr Squatrito was nearing the end of his post-doctoral training at the Memorial Sloan-Kettering Cancer Centre in New York – the largest and oldest private cancer centre in the world – and was starting to look for an institution that would allow him to open his own laboratory. As one of the leading figures in his field, he had opportunities to stay in the United States but, for family reasons, he wanted to move back to Europe, and so he started to apply to various institutions on the continent.

One of those was the Spanish National Cancer Research Centre. By sheer coincidence, it was around this time that the Seve Ballesteros Foundation was looking to launch a collaboration with the centre to create a research lab in Seve’s name.

“It was good timing,” smiles Dr Squatrito. He admired the foundation’s vision and desire to build something that was a physical, tangible and permanent reminder of Seve. He applied to them for a grant, was successful and, in November 2012, the lab officially opened.

“It was incredibly humbling to get the opportunity,” he adds. “I knew all about Seve. He was one of the most high-profile athletes in the world when I was a child and even though I wouldn’t say I was particularly into golf, I still knew who he was in the same way that you don’t have to be hugely interested in football to know who the best players are. He was a true superstar.

“I’ve met his family and his children a couple of times over the years, especially at the beginning when we were just starting out. They are fabulous people and is wonderful to have their support. They initially pledged to support us for five years but, at the end of that period, they agreed to continue. It is clear that they are very much committed to carrying out Seve’s wishes."

Albeit from afar, Dr Squatrito says he followed Seve’s own battle with brain cancer.

“Unfortunately, these types of disease only really make the news when somebody famous is diagnosed with it,” he says. “You know, Seve or Ted Kennedy or Joe Biden’s son. But I suppose that is to be expected. Compared with other types of cancer, brain tumours are very rare.”

Glioblastoma, for example, is widely acknowledged in the medical community as the most virulent form of cancer. It forms from cells called astrocytes that support nerve cells and infiltrates the surrounding brain tissue, making it impossible to eradicate completely, even after surgery, radiation and chemotherapy. The average life expectancy for somebody  diagnosed with this particular type of tumour is just 15 months.

Seve was diagnosed with a cancerous oligoastrocytoma, a type of cancer that belongs to a group of brain tumours called “gliomas.”

Gliomas are tumours that come from the glial, or "supportive", cells of the brain. In much the same way that brain cancer is one of the rarest forms of cancer, oligoastrocytoma is one of the rarest forms of brain cancer, accounting for approximately 1% of all diagnoses. When they do occur, they typically develop in young and middle-aged adults, and they can be found anywhere within the cerebral hemispheres of the brain, most commonly within the frontal and temporal lobes.

The most typical symptoms of an oligoastrocytoma are seizures, headaches, and personality changes.

And yes, like all types of brain cancer, they are exceptionally hard to treat. If it helps, think of the tumour like a spider. You can target the body fairly easily but the further its many legs extend, the harder it becomes to treat them.

“From the core of the tumour, you have many cells that infiltrate the rest of the brain,” says Dr Squatrito. “When you operate to remove a tumour, yes, you can remove most of it but you cannot do anything about the cells that have migrated. It is similarly difficult with radiotherapy. Again, you can target the core quite effectively but you have to find a balance in the amount of radiation you are delivering. You cannot just bomb the brain with radiation as that can lead to all kinds of cognitive issues, which we clearly do not want.”

This is where Dr Squatrito and his team come in. In their laboratory, they use a variety of approaches − both genetic and small molecule drug screenings − coupled with in vivo mouse models in order to identify the genes that contribute to the therapy resistance of gliomas.

Their hope is that these studies will help to define new therapeutic targets for the treatment of brain tumours and so far, so good. As Dr Squatrito says, they’ve made excellent progress. There there, though, many obstacles still to overcome.

The so-called ‘blood-brain barrier’ is perhaps the most significant of those. It is a unique feature of the vessels that supply blood to the brain and the rest of the central nervous system.

In essence, it prevents what it identifies as potentially harmful toxins and pathogens from entering brain tissue from the bloodstream. As a result, up until now, many promising types of therapy that have passed clinical trials have not been very successful when they’ve tried to cross this 'barrier'.

“Our understanding of the biology of brain tumours is improving, but finding answers and solutions is a slow process,” nods Dr Squatrito. “Still, we will continue to try. We will never give up. Never.” 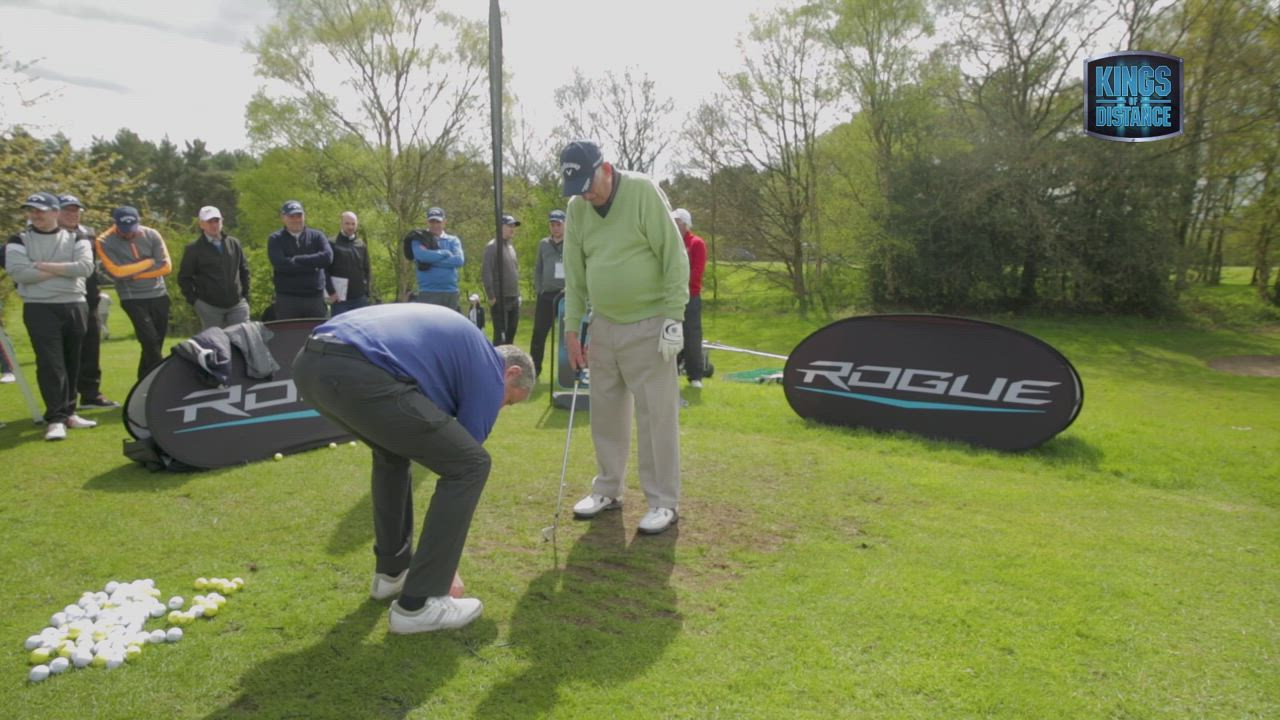 Increase the speed of your hands for more distance