A prominent MSP has called on Glasgow City Council to reconsider its much-mooted plans to shut five of the six municipal golf courses it operates.

James Kelly, a Labour MSP for Glasgow, branded the proposed closures an “absolute disgrace” and warned the SNP-led city council that they would be making “a huge mistake” in following through with the plans.

We reported last week that Littlehill, Lethamhill and Linn Park, as well as Ruchill and Alexandra Park, have been earmarked for closure as part of a plan to plug a so-called financial “black hole”.

Only the nine-hole layout at Knightswood is likely to be saved.

The proposals are expected to be laid-out at a budget meeting on February 20 and follow a public consultation into the future of the layouts carried out by city officials last summer.

It has been suggested that losing these five courses could save upwards of £500,000 as the city looks to implement £50million worth of cost-cutting measures.

However, Mr Kelly has warned against closing the courses, particularly so soon after Glasgow staged hugely successful editions of both the Commonwealth Games and the European Championships.

“Both of those events were great for the city and people turned out in their droves to watch them,” he told bunkered.co.uk. “However, the clear message from the authorities responsible for delivering them was about creating lasting, tangible legacies from them for the betterment of sport in the city and beyond.

“We were told that they shouldn’t just be about the events but should be about increasing participation long after they’ve finished, which, in turns, feeds into policy objectives, such as tackling obesity and improving the city and country’s overall physical and mental health and well-being.

“To propose the closure of five of the city’s golf courses so soon after both of these events send an absolutely terrible message.”

Instead, Mr Kelly believes that the council should be exploring alternative options, such as increasing investment in the facilities to make them more attractive to golfers and would-be golfers, or selling them to other golf operators to continue them as going concerns.

bunkered.co.uk understands that one high-profile Glasgow golf club held a meeting with city councillors recently in which it laid out “serious proposals” designed to save the courses. Those plans were not taken forward by the council.

“I’m well aware that golf has had its challenges in recent years,” added Mr Kelly. “However, all six of these courses have important roles to play in their local communities and, rather than throwing in the towel on them, the city council should be doing more to get people playing them.”

Mr Kelly, who has previously raised the matter with the First Minister at First Minister’s Questions, said that he would continue to lobby at Holyrood for the closure proposals to be scrapped. 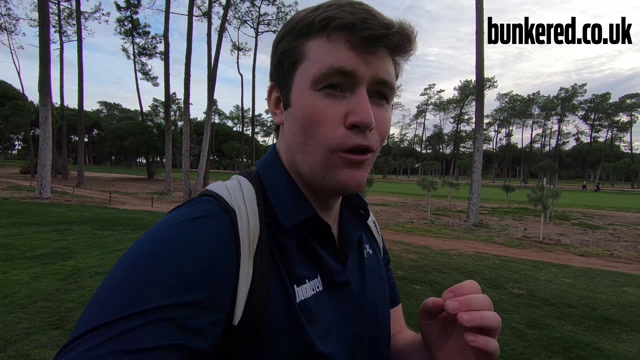